How Do I Know if I Am Suffering from Impostor Syndrome? 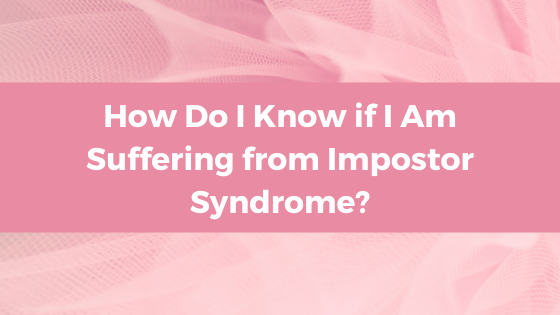 Impostor syndrome is a term coined in the late '70s by psychologists Dr Clance and Dr Imes. The term describes a feeling experienced among high achievers when they cannot recognize their success and fear being exposed as a fake.

Yet how can one know if feelings of self-doubt or questioning their success is impostor syndrome or not?

Here are some common signs of impostor syndrome.

Perfectionism as a function of impostor syndrome is when an individual struggle with the compulsion to be the very best by holding themselves to impossible perfection standards.

There is an expectation set for them to accomplish a given task they set out to do without any flaws or mistakes. If they cannot meet this standard, they consider this a failure which further feeds their need for perfection.

Overworking is a typical pattern of impostor syndrome. Typically, a person described as an overachiever tends to invest massive amounts of energy and effort into their work, long past the point where the average person would deem it beyond acceptable. The individual often notices this pattern of behaviour, but still, there is an inability to stop it.

Individuals who struggle with impostor syndrome find it difficult to internalize their success and thus deem any praise invalid. Opposite of false modesty, it's a genuine belief that they are not worthy or deserving of the credit being given.

Overemphasis on What Hasn’t Been Done:

If you are a small business owner, then grab a copy of our free report:

Worthy - Become The Best CEO For Your Small Business

There are no comments yet. Be the first one to leave a comment!